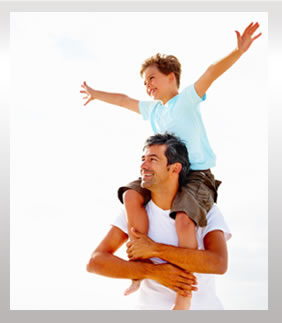 We rely on our voices every day to interact with others, and a healthy voice is critical for clear communication. But just as we walk without thinking about it, we usually speak without thinking how our body makes it happen. However, knowing how we make sound is useful to maintaining the health and effectiveness of our voices.

The larynx (or voice box) sits on top of the windpipe. It contains two vocal folds (also known as vocal cords) that open during breathing and close during swallowing and voice production. When we produce voice, the airstream passes between the two vocal folds that have come together. These folds are soft and are set into vibration by the passing airstream. They vibrate very fast  from 100 to 1000 times per second, depending on the pitch of the sound we make. Pitch is determined by the length and tension of the vocal folds, which are controlled by muscles in the larynx.

Voice box tumors can be either benign (not cancer) or malignant (cancer). Benign tumors, such as polyps or nodules, can be generally removed without growing back or spreading to other parts of the body. Malignant growths, on the other hand, can regenerate and spread cancer cells to other parts of the body. The most effective measure a patient can take is early examination and detection.
Among the main causes that can lead to voice box tumors are (primarily) smoking, alcohol use, nutritional deficiencies, genetic predisposition and other viral factors. The most common symptoms are hoarseness, painful swallowing, earache or development of a mass in the neck.
ENT of NJ is at the cutting-edge of sophisticated methods the best help preserve vocal function, increase effectiveness, and create lower amounts of scaring and effects on the larynx. Treatment is usually radiation, therapy or surgery.