At Ear, Nose and Throat Center of New Jersey our physicians are dedicated to providing you with the highest quality of care each and every time you enter our facility. You'll find that our physicians are board-certified in Otolaryngology and treat all our patients with the utmost care. 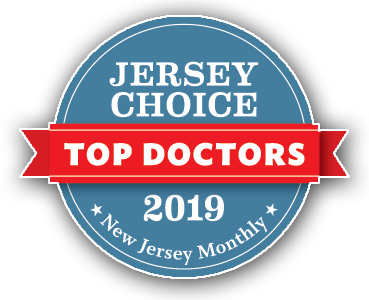 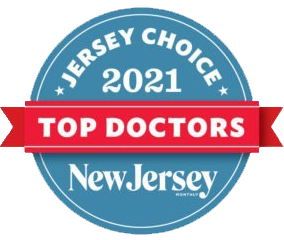 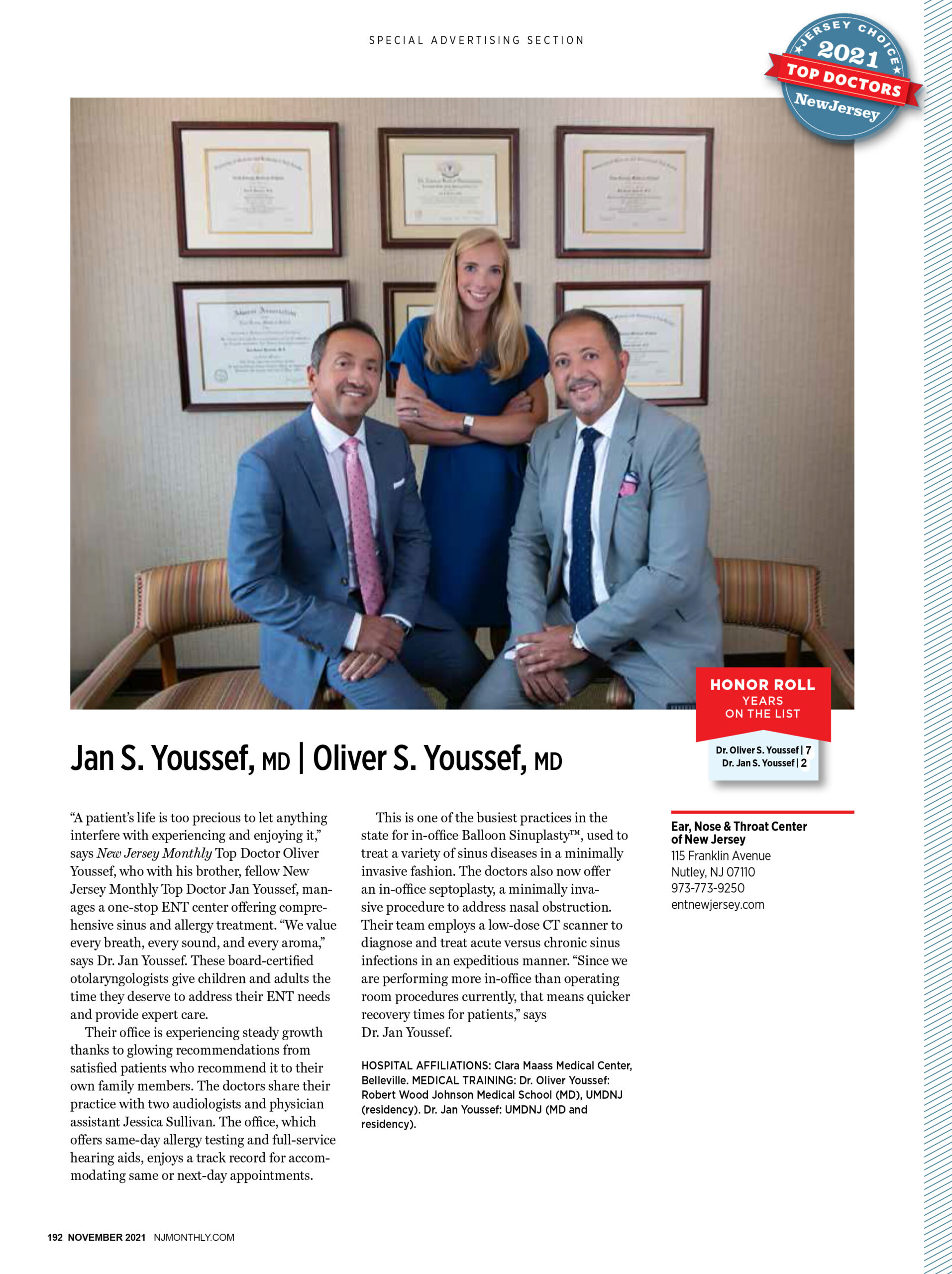 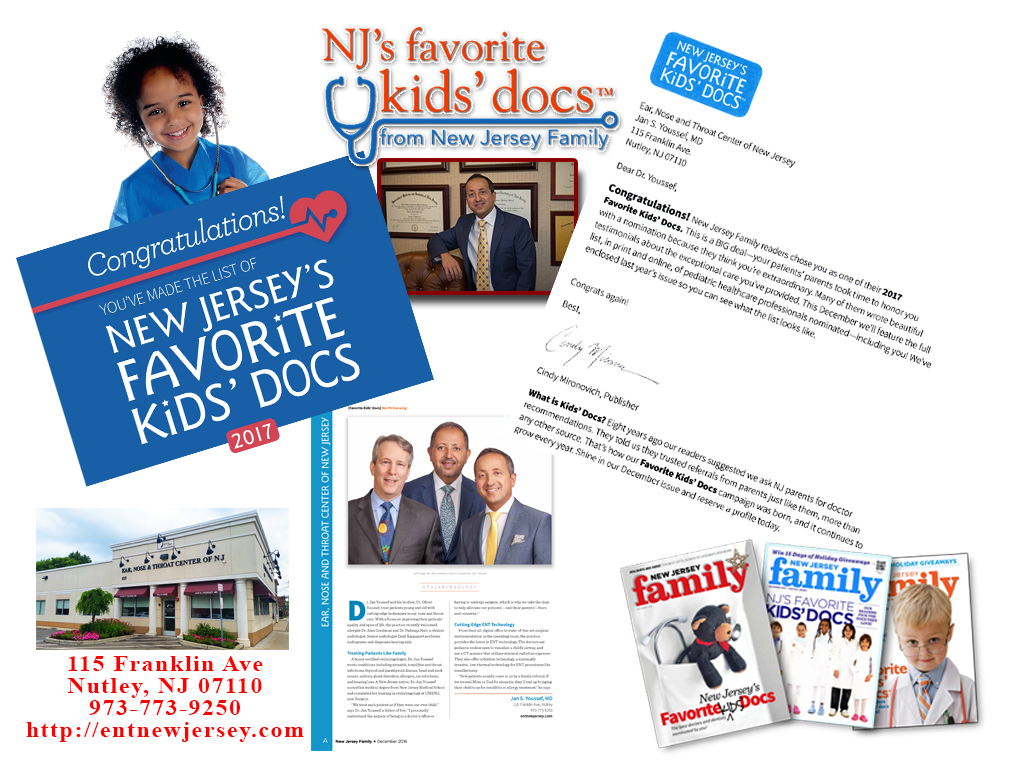 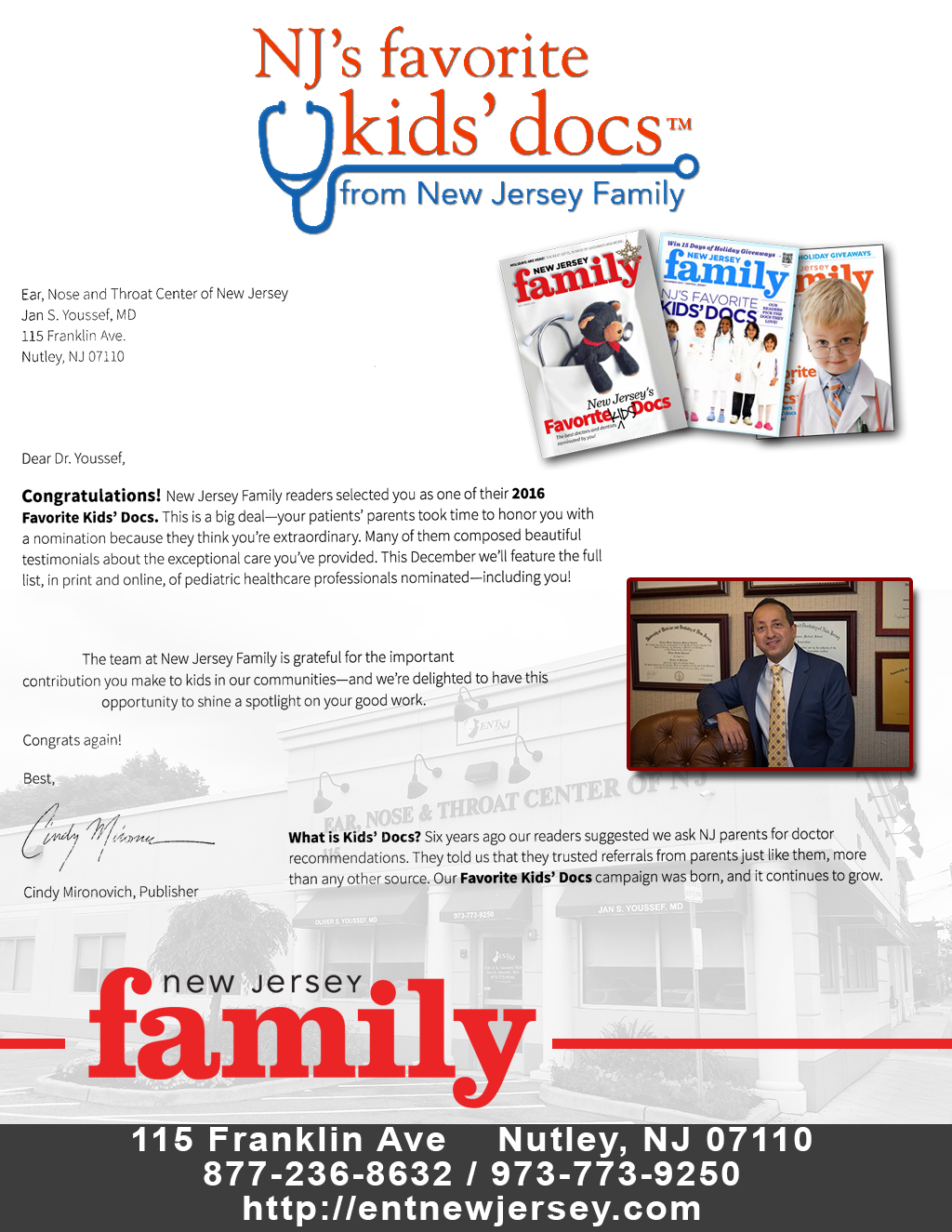 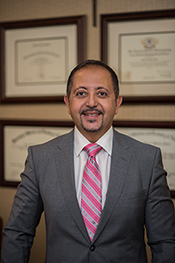 Dr. Oliver S. Youssef is a board-certified otolaryngologist-head and neck surgeon who specializes in pediatric and adult ear, nose and throat disorders.His expertise also includes minimally invasive procedures on the sinuses, thyroid, parathyroid and cancers of the head and neck.

Graduated valedictorian of Robert Wood Johnson Medical School, he finished his residency in otolaryngology at University of Medicine and Dentistry of New Jersey (UMDNJ) in 2000. During his residency, Dr. Youssef’s published study of Cochlear Otosclerosis: The Current Understanding was the featured cover article in the December, 1998 issue of Annals of Otology, Rhinology and Laryngology.

Selected by his peers, he has been named as one of New Jersey’s Top Docs in NJ Monthly Magazine in 2007, 2008 and 2015. He has also been selected by NJ Family magazine as one of this years NJ’s Favorite Kids Doc (nominated by parents) for 2015 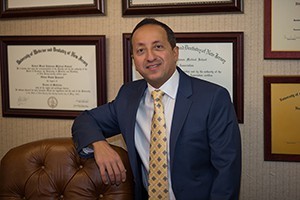 Dr. Jan S. Youssef is a board-certified otolaryngologist serving in Essex county. After obtaining his medical degree from New Jersey Medical School and graduating in the top third of his class, he completed his training in otolaryngology-head and neck surgery at the University of Medicine and Dentistry in Newark, NJ.

He specializes in various diseases of the ear, nose and throat including sinusitis, tonsillitis and throat infections, thyroid and parathyroid disease, head and neck cancer, salivary gland disorders, allergies, ear infections and hearing loss. His personable character mingled with his expertise in the field has attracted many patients. As a result, he has been awarded Patient Choice awards 2008-2011.

We strive for only the best because life is too precious to let anything get in the way of experiencing and enjoying it. We value every breath, every sound and every sense.